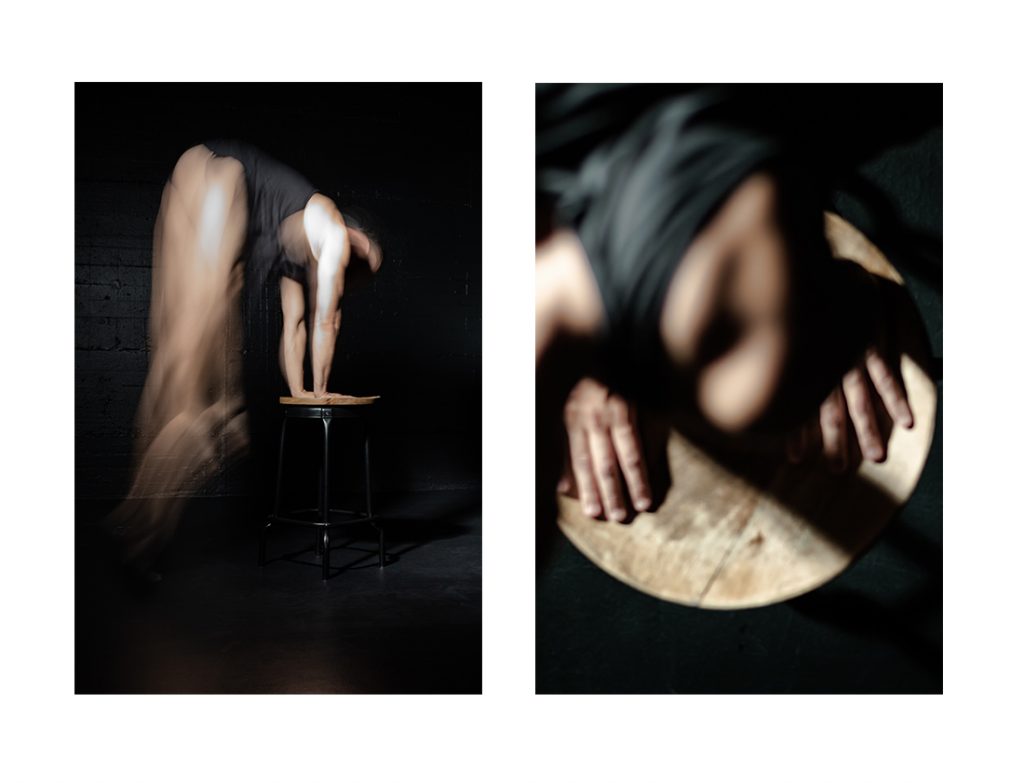 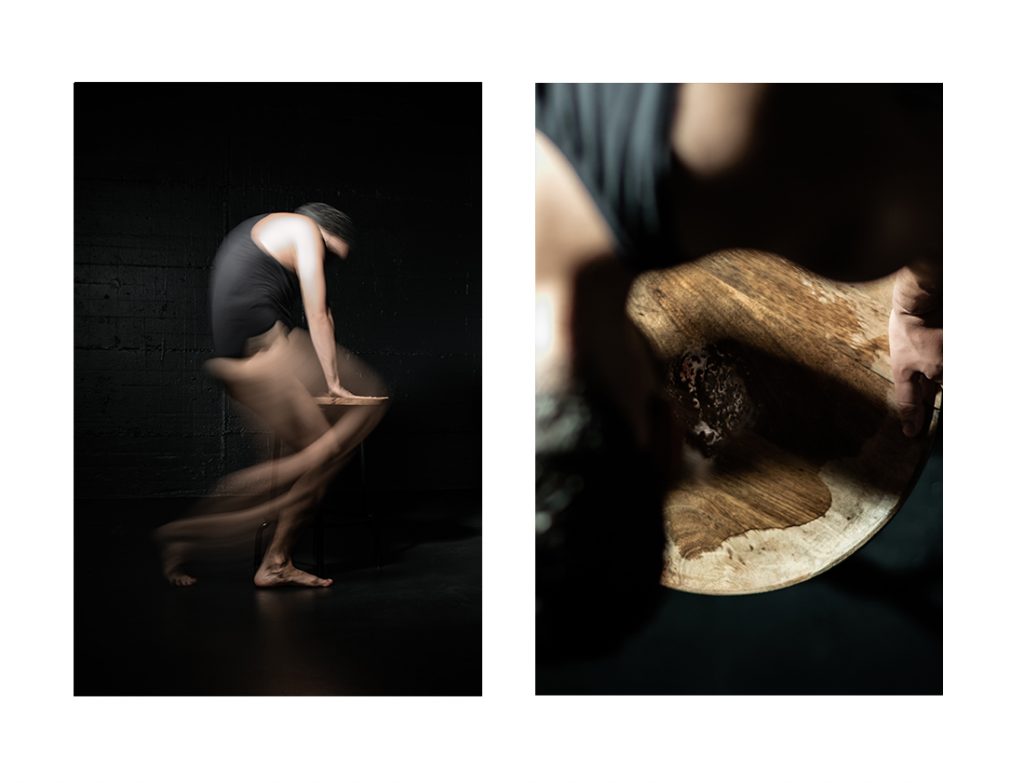 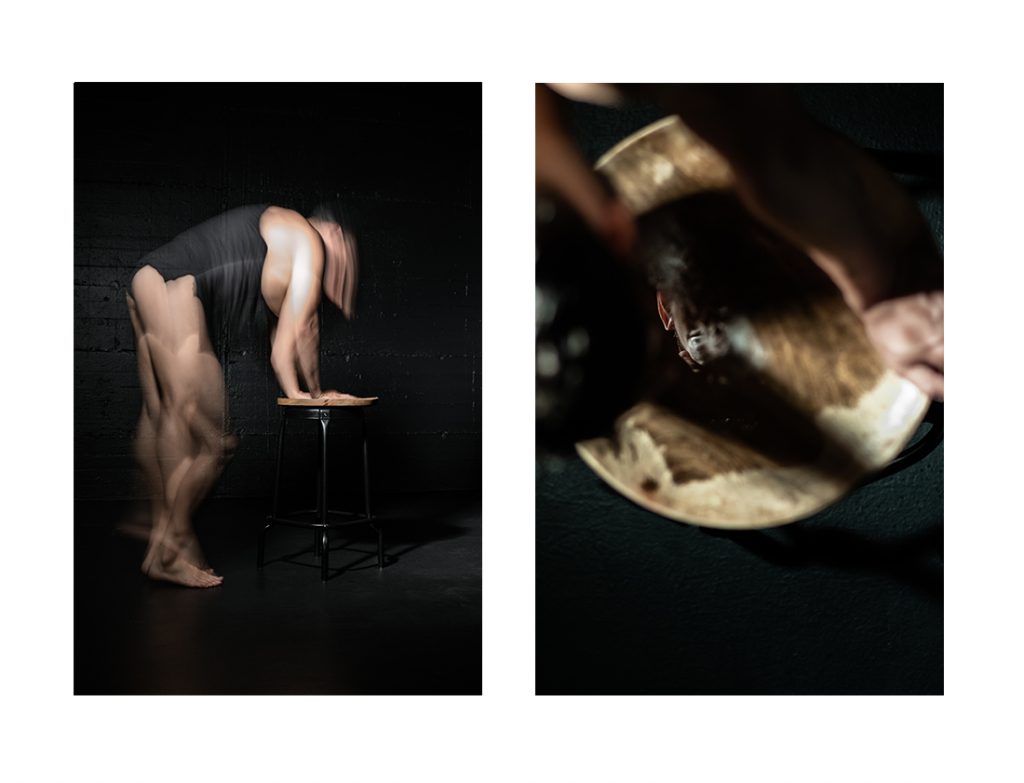 The figure from Greek mythology is well known. Reflection as the object of love is one of the main aspects of this photo series. Based on this, the concept was developed to demonstrate the act of being reflected. The main question was how much physical effort is needed to create the reflection of a person, and if this process can be done with an artistic and conceptual approach.

The intention was to capture a process that has a retroactive visual effect on the acting person. Thereby a new visual perspective is created to elevate the concept to a different level of understanding.

The photo series contains 3 image pairs that show certain moments from a sequence of movements, performed by a dancer. One movement at the beginning of the sequence, one in the middle and one in the end. During the improvised dance movements, the dancer started to sweat, which was dropped onto the matte surface of the wooden chair. The more he sweated, the more the matte surface became shiny and reflective. As the performance was going on, the patch of sweat became significant enough to let the reflection of the dancer’s face reveal. The image pairs were shot with two cameras in the same moment, using different camera settings and composition.